The United States Advisory Committee on Immunization Practices has updated its pneumococcal vaccination recommendations for adults ≥65 years old. The committee continues to recommend routine vaccination with the 23-valent pneumococcal vaccine (PPSV23) for all adults in this age group. Shared decision making is now recommended to determine whether the 13-valent pneumococcal conjugate vaccine (PCV13) should be given in addition to PPSV23 for adults ≥65 years old who otherwise lack an indication for both vaccines (eg, an immunocompromising condition). The change from the prior recommendations to give both vaccines to all persons in this age group is based on the dramatic decline in the incidence of PCV13-type infections resulting from universal PCV13 vaccination in childhood. We concur with this new recommendation. For most otherwise healthy adults ≥65 years old, we consider the absolute risk of acquiring pneumococcal disease caused by a PCV13 serotype to be low, and the expected benefit of the additional vaccination is very small.

Glucocorticoid therapy is a standard part of croup management, and dexamethasone is the agent most commonly used in the emergency department and inpatient settings. Whether prednisolone, more widely available in outpatient settings, is equally effective is uncertain, and earlier trials have reported higher rates of return visits for children treated with prednisolone. In a recent randomized trial involving >1200 children with mild croup, symptom improvement was similar in patients treated with a single dose of oral prednisolone or dexamethasone and an increased risk of symptom recurrence with prednisolone was not detected. Based on these findings, either agent is acceptable for the treatment of mild croup.

The need to perform a lumbar puncture to obtain cerebrospinal fluid (CSF) for analysis in otherwise low-risk, well-appearing febrile infants with urinary tract infections (UTIs) has been questioned. In a systematic review and meta-analysis of nearly 3900 infants 29 to 90 days of age (20 observational studies), the pooled prevalence of bacterial meningitis in those infants with UTIs was 0.25 percent. Sterile CSF pleocytosis was variably reported (in up to 29 percent of patients with UTIs), leading to unnecessary additional antibiotic coverage for suspected meningitis pending culture results. These findings support avoiding lumbar puncture in otherwise low-risk, well-appearing febrile young infants 29 to 90 days of age with UTIs.

Prompt and accurate diagnosis of HIV infection in HIV-exposed infants is critical. However, as access to HIV testing for exposed infants has expanded, concerns have emerged regarding the treatment implications of indeterminate and false-positive nucleic acid test (NAT) results. In a systematic review and meta-analysis of 32 studies (>1.3 million infants), indeterminate (or “weakly positive”) results accounted for 17 percent of over 14,700 initial non-negative NAT results; three-quarters of the indeterminate results were negative on repeat testing. These findings highlight the importance of serial testing to establish or exclude the diagnosis of HIV infection in infants born to HIV-infected mothers.

No role for antiretroviral monotherapy

Patients with HIV and a suppressed viral load who need to switch their antiretroviral therapy (ART) regimen can safely transition to certain two-drug regimens. However, single-drug regimens should not be used, even if the agent has a high barrier to resistance. In a study of patients with a suppressed viral load on dolutegravir-abacavir-lamivudine, almost 10 percent of those who switched to dolutegravir alone had a virologic breakthrough, and two patients developed resistance to integrase inhibitors; by contrast, the patients who stayed on their initial regimen remained suppressed. Combination ART remains the only viable treatment strategy for persons with HIV.

The prognosis of infants born to mothers with Zika virus infection during pregnancy is uncertain, and long-term data are lacking. In an observational study from Brazil of 216 infants with in utero Zika virus exposure who were prospectively followed for the first two years of life, findings noted in the newborn period were often not predictive of later outcomes. Approximately one-half of infants who had abnormal neurologic examination or neuroimaging findings at birth went on to have normal development on follow-up assessments. In addition, approximately one-quarter of infants without symptoms at birth went on to have developmental delays and/or abnormal hearing or vision at follow-up. These findings underscore the need for long-term follow-up of all children with confirmed or suspected in utero Zika virus exposure.

In the United States, a replication-competent smallpox vaccine (ACAM2000) has been available when smallpox vaccination is indicated for select individuals (eg, some laboratory researchers and military personnel) and for stockpile in case of a public health emergency. In September 2019, the US Food and Drug Administration approved a replication-deficient modified vaccinia Ankara vaccine (MVA), which has been available in other countries, for the prevention of smallpox and monkeypox. Clinical trials have found that this vaccine is safe and immunogenic; its potential efficacy against smallpox was suggested by a study in which it reduced the rate of major cutaneous reactions induced by ACAM2000. Unlike replication-competent vaccines, MVA can be administered to immunocompromised patients and those with skin disorders. However, the precise role of this vaccine in smallpox prevention is yet to be determined. 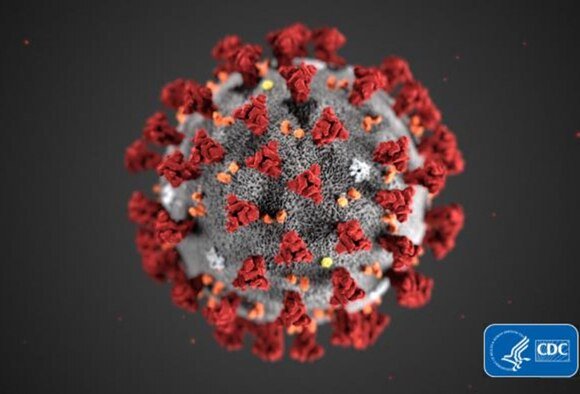