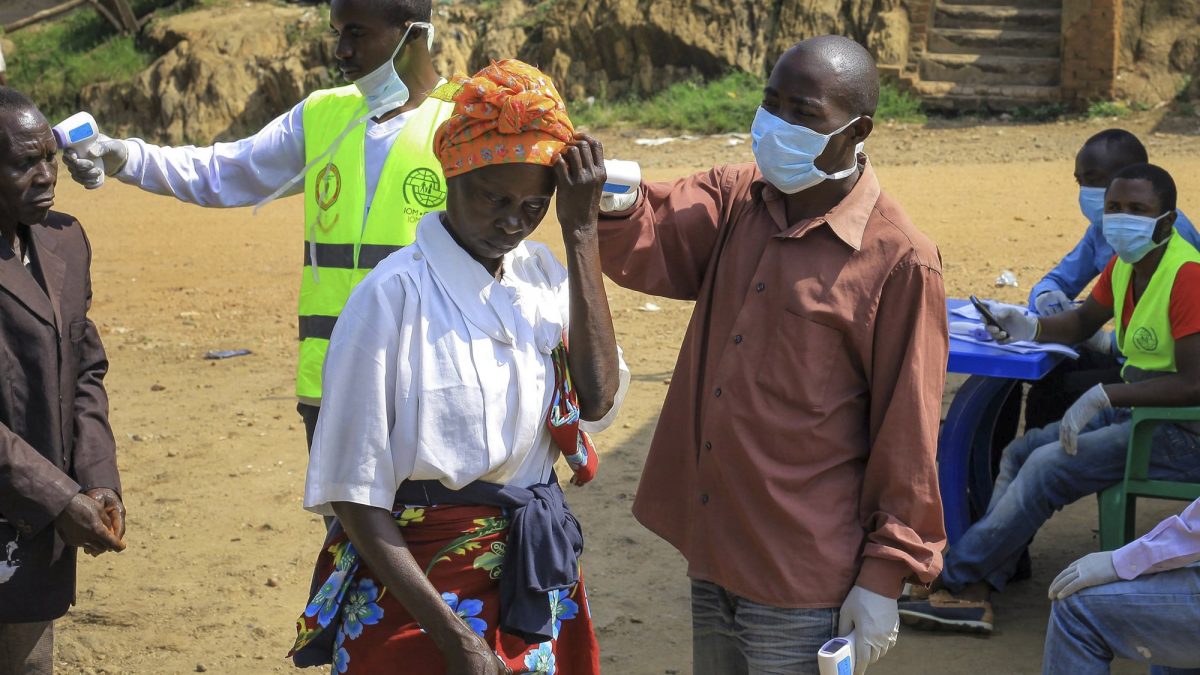 The current outbreak in the Democratic Republic of Congo has infected more than 2,000 people, killing at least 1,390 of them.

Uganda announced two more cases of Ebola on Wednesday – a grandmother and a three-year-old boy, confirming that a deadly outbreak has spread for the first time beyond the Democratic Republic of Congo.

The Ugandan cases show the epidemic is entering a “truly frightening” phase and could kill many more people, one infectious disease specialist told Reuters.

A five-year-old boy who had crossed into Uganda from Congo died late on Tuesday, said Uganda’s health minister, Jane Ruth Aceng, and his family were now being monitored in isolation. The two new victims were the boy’s brother and grandmother, the Ugandan health ministry said. His grandfather had recently died of Ebola.

“This epidemic is in a truly frightening phase and shows no sign of stopping,” said Jeremy Farrar, an infectious disease specialist and director of the Wellcome Trust global health charity, which is involved in fighting Ebola.

“We can expect and should plan for more cases in DRC and neighboring countries,” he said, adding: “There are now more deaths than any other Ebola outbreak in history, bar the West Africa epidemic of 2013-16, and there can be no doubt that the situation could escalate towards those terrible levels.”

The current Ebola epidemic began in August last year in eastern Congo and has already infected at least 2,062 people, killing 1,390 of them.

Authorities have struggled to contain the disease partly because health workers have been repeatedly attacked in conflict-ravaged eastern Congo, the epicenter of the outbreak.

There is widespread public mistrust of the Congo government and health workers from outside the region, giving rise to rumors that the disease is a ruse to try to rig elections in the area, where dozens of armed groups operate.

Other rumors accuse health teams of spreading the disease. Many victims have sought treatment with traditional healers instead.

Uganda, which has been on high alert for a possible spread of Ebola and has already vaccinated many frontline health workers, is relatively well prepared to contain the virus. WHO is bringing in 3,500 additional vaccines and will begin vaccinating more people on Friday.

“The current cases in Uganda will be quickly contained but the failure to stop the current Ebola epidemic in DRC is simply tragic,” said Ian Jones, professor virology at Britain’s Reading University.

Eastern Congo also borders South Sudan, which is struggling to emerge from five years of devastating civil war and whose health facilities are basic even in the capital.

“We are deeply concerned for countries such as South Sudan that do not have the infrastructure to handle an outbreak,” Whitney Elmer, Congo country director at aid group Mercy Corps.